Overview of the existing utilization of straw

2019/10/31
The straw exist so many that it can be used in most of the industries.Mosts of straws have been developed and utilization in different ways.These utilization methods mainly include straw returning to the filed,straw engery,straw feed,straw cultivation of edible fungi etc.Straw returning  mainly includes mechanical crushing returning,covering and retting returning.It palys an important role in the utilization of straw fertilizer,but the utilization of mechanized direct crushinng and returning to the filed is equivalent to about 15% of the total straw,and straw returning area also accounts for about 15% of the total planting area.The results show that crop straw returning to the filed all the year round not only has an obvious effect of increasing production in the stage of fertilization,but also has a very obvious effect of increasing production continuously.In the straw contains many organic matter which can be used in the organic fertilizer manufacturing process to produce the organic fertilizer granulator.
Straw engery utilization technology mainly includes straw soildified fuel,straw power generation,straw biogas,straw pyrolysis gasfication,straw distillation and other ways.However,there are still many problems to be solved in terms of equipment production and utilization efficiency in China. 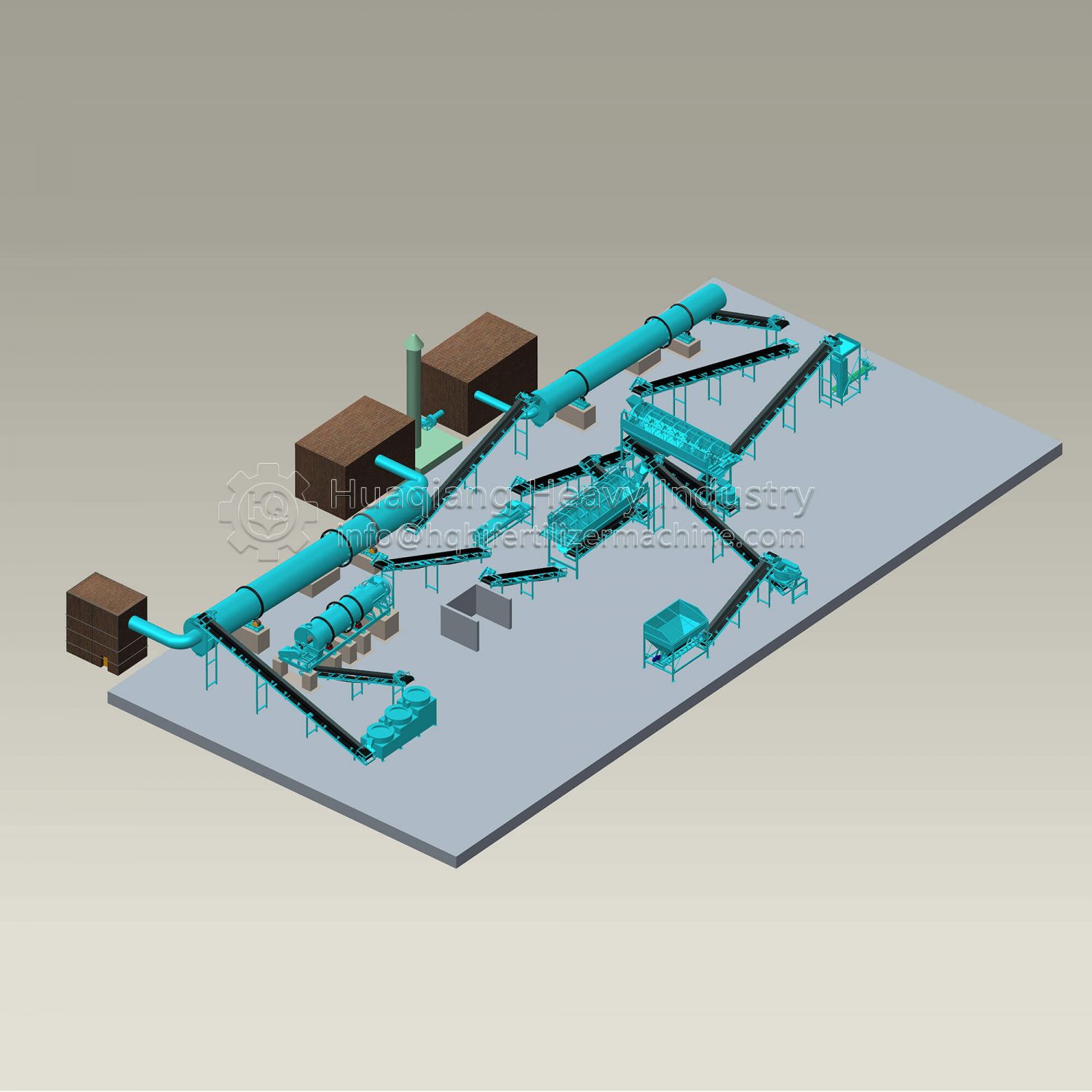 Straw fodder is to use straw as livestock feed,which can be said to be one of the earlist ways to use straw.Modern methods of using straw to produce animal  feed mainly include direct feeding,straw ammoniation,straw silage,fermentation to produce single cell potein feed and so on.In the fertilizer manufacturing process,using the fertilizer machines to produce organic or inorganic fertilizer is not only improve the working efficient,it also improve the rate of the raw materials usage.Straw feed is also one of the important aspects of straw effective utilization under the background of the great development of the breeding industry.
Straw cultivation of edible fungus refers to the production of edible fungus using straw as culture material.With the improvement of utilization technology,there are more than 20 varieties of edible fungus.In addition,some straws are also used in the production of alcohol,board,paper and other industrial products.But even so,a considerable part of straw are also has not been used reasonably and become an important factor of environment pollution.Fertilizer production is one of the most promising utilization ways of straw.
When we producing the organic fertilizer using the straw,we are first to use the fermentation compost turning machine to ferment the raw materials.Then using the fertilizer crusher machine to grind the big and hard raw mterials,then mixing them using the fertilizer mixer machine.Next choose the suitable fertilizer granulator machine to produce the organic fertilizer granulator.Using the straw as the organic fertilizer raw materials can use the roller press method to make the organic fertilizer granulator.

Pre:Production of the microbial fertilizer

Simple Compost Turning Machine is the first machine in the organic fertilizer production line,Organic materials must be fermented to be used in organic production.We are China Leading Manufacturer of Organic Fertilizer Production Line.